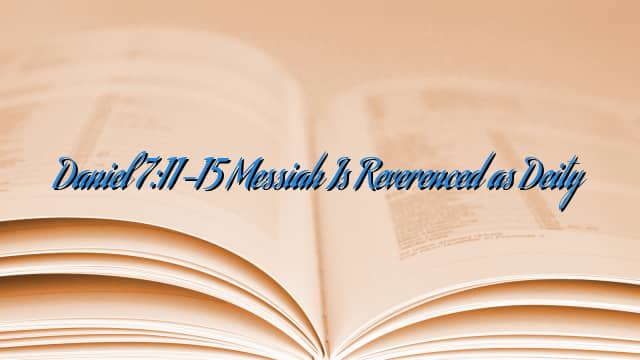 11 I was beholding from (the time of) the voice of the arrogant words which the keren [Anti-Moshiach] spoke, I was beholding even till the Chayyah (Beast) was slain, and his body destroyed, and given to the burning eish.

12 As concerning the rest of the beasts, their dominion was taken away, yet their lives were prolonged for a time and a season.

13 I was beholding in visions of the night, and, hinei, one like a Bar Enosh (Ben Adam, i.e., Moshiach) came with the clouds of Shomayim, and came to the Atik Yomin (Ancient of Days, i.e., Hashem), and before Him He was brought.

15 As for me, Daniel, my ruach was anxious in the midst of my body, and the visions of my head were troubling me.